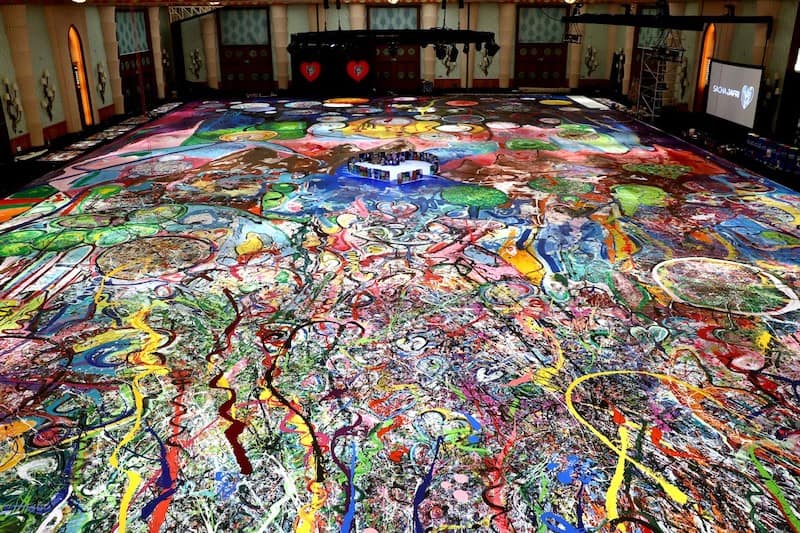 The art world continues to astonish, with a colorful canvas selling for a whopping $62 million in Dubai. The Journey of Humanity is a 17,000 square foot artwork created by British artist Sacha Jafri.

Divided into 70 lots, the entire canvas was snapped up by French cryptocurrency businessman Andre Abdoune.

Almost the size of four NBA-regulation basketball courts, the impressive artwork took Jafri 28 weeks to complete, with over 6,300 liters of paint used. Holding the Guinness World Record for the world’s largest canvas, the art was created by Jafri in a ballroom at The Palm hotel in Dubai. 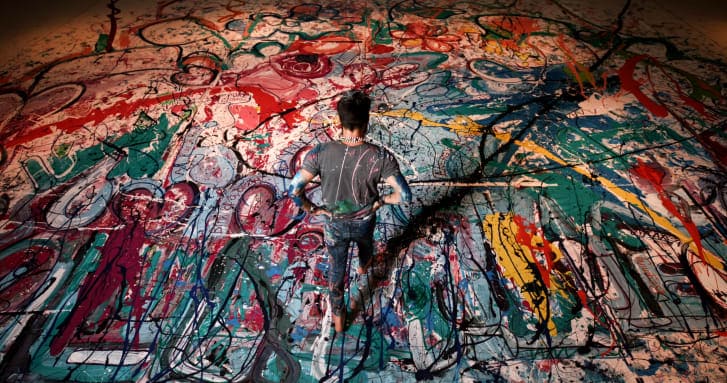 According to CNN, Jafri used abstract brushwork and drip-painting to craft this impressive painting. Divided into four connected segments, the first stands for “the soul of the Earth,” and the others allude to nature, humanity, and the wider universe, according to Jafri.

Jafri created the artwork to raise money for children impacted by last year’s pandemic. “At the beginning of my ‘Humanity Inspired’ initiative, I had a vision to reconnect our broken planet through the hearts, minds, and souls of the children of the world,” Jafri is quoted as saying. “I feel in my heart that we have come one step closer to achieving this tonight, thanks to Andre.”

While the sale makes Jafri one of the richest artists in the world, he’s donating a large amount of the profits from the sale to various charities. Proceeds from the auction will be donated to four major foundations – UNESCO, UNICEF, The Global Gift Foundation, and Dubai Cares – for programs related to helping children in the areas of education, health, sanitation, and digital connectivity.

Abdoune is extremely happy with his new artwork, particularly because the money from the sale is helping children. “All my life I was aiming to help children,” he said in a statement. “When I was a child, I had nothing to eat. Now I have something to eat. We all have to do something.”

For those visiting Dubai, part of the artwork will be on display at the Leila Heller Gallery.

See more about – World’s first NFT home up for sale

The post The World’s Largest Canvas Painting Sells for $62 Million appeared first on Next Luxury.