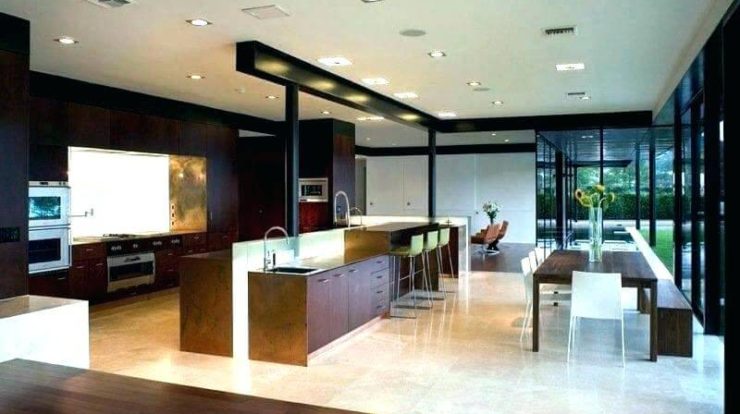 You are probably having a cramped galley kitchen at this moment, but that problem won’t be there anymore because you will find the solution for it. You can have your very own kitchen island. It’s the MVP of the home especially the kitchen. You can do cooking preparation and casual dining on it. Also, it can be used as storage for your kitchen utensils.

For a household that has a lot of family members that live in, a large kitchen island would be crucial. The size of the kitchen itself need to be bigger than expected, so everyone would be comfortable going around the kitchen. Even though there are not so many family members, you will always have space to invite everyone to enjoy dinner together.

Take a look at this large traditional kitchen. It’s got a long and large kitchen island that can accommodate up to six people. The long kitchen island is supported by the bar stools which is actually serve as swivel chairs.

Cons :
– The wood colors in this kitchen is a bit faded.

Having a large space in a large kitchen might get the designer or homeowner confused about how to fill it up. If it’s useful and necessary, why don’t having two islands in one kitchen? Each island would be used and treated differently. In this kitchen, one kitchen island is used for food preparing and cooking support, another island is used as breakfast bar island.

The large breakfast bar could easily accommodate four people with that round Aro bar stools. The countertop of the bar is made of wood which is different from the central kitchen island which is made of dark black granite. On the top of the large kitchen island in the center is the mid-century modern pendant light fixtures.

Pros :
– The cabinetry, ceiling, and walls are complemented by the wood on the floor and countertop.
– The other wooden elements make a great accent for the white base.

Almost the whole thing about this large kitchen island is a highlight. I mean look at that magnificent countertop. It’s made of the Meridian gray quartz that matches perfectly with the diagonal herringbone tiling style at the lower side. It’s not just about the island, the elements that support it are also beautiful.

The design of this large kitchen island is so effective to be accentuated by the chrome bar stools and contemporary pendant light that hung above the island. That makes a perfect modern look of this kitchen. In the background, the cabinetry style is the same with the lower side of the island which is perfect to balance the atmosphere.

Pros :
– There’s a space for legs to enjoy the seating.
– The bright countertop makes an ideal island.

This kitchen is located in a modern apartment. The space for the kitchen is large enough to apply a large kitchen island in the middle of the space. There’s even a comfortable space to walk around. The placement of the kitchen is just perfect. Enjoying the food and food prep while feeling the amazing views through that full-length glass windows is a pleasure.

The highlight of this large kitchen island is the light-colored granite. It shines better because of the natural light from the outside. To maintain the brightness, the designer decides to apply a wooden cabinetry. The seating for the island is in a contemporary style which matches beautifully with the countertop design.

Pros :
– The full-length glass window is very helpful to the atmosphere.
– The amazing views are enjoyable.
– The light-colored granite countertop is quite popular these days.

Cons :
– There’s no element that covers the window.

If you have a large space for kitchen, but you still want to make it spacious, you need to get simple and minimalist. Just apply a few important kitchen elements in it. Remember, don’t get too many decorations. Leave the wall plain and empty, then add a little bit of decor to create an interesting spot.

In this large minimalist kitchen, the white large kitchen island looks fantastic. It becomes the center of attention because of its clean and bright color. The island shines better because of the contrasting black wall around it. The black and white color are working together to set a good mood for cooking.

Pros :
– A very beautiful kitchen island.
– The black plain wall is not that boring.

Cons :
– The room seems a bit empty and loose.

As you can see in this kitchen, it’s got a modern large kitchen island that’s supported by the traditional style of stools on its side. It’s interesting because the other elements of the kitchen are there to support. The flooring and cabinetry look traditional, and some other elements are looking great with the modern design.

Pros :
– The pops of green on the table are there to make a statement.

Cons :
– The items on the table look too crowded.

A color of black tends to be avoided by the designer when dealing with designing a room especially a kitchen. Actually, a color of black is not an issue, it could be an issue of the black is dominating the whole room like this kitchen. As you can see, the black and dark color is all over the room except for the kitchen island and ceiling. This one is a bit different.

The designer chooses to have a dark color domination because he knows what to do to balance. There’re some black details that can be a great balancing color for the kitchen. Since the utensils are hidden behind the closed storage, this countertop looks so clean and clean which makes the black stops closing the lights for a while.

Pros :
– The seatings are not invasive at all.
– There’s a glass window that provides good lighting at day.

Cons :
– This room would be dead without the white ceiling and island.

8. Large Kitchen Island to Dine In

Having a large kitchen island doesn’t always need to have a large space of the kitchen, you just need to be a bit creative to manage the space. Check out this smart kitchen island combo. In one kitchen island, the countertop is used for two different uses. One space with chairs to be used as a dinner table, the rest of the space is for the cooking prep.

Pros :
– Having dinner on a kitchen island? Why not?
– The decoration on the wall looks very impressive.

Cons :
– It doesn’t feel right to have dinner right beside the cooking area.

9. Storage or Shelf Under The Large Kitchen Island

A large kitchen island would provide you with a large storage too. So, you need to decide what to put inside the storage. Or you may wanna let it open and showcase your stuff like this kitchen island. Under the countertop, it has eight cubes of the shelf to fill up. In this kitchen, the homeowner chose to fill the shelf with books and some antique items to show.

The wooden material of the island and flooring express an elegant feeling all over the kitchen. That brick backsplash and white cabinetry give the kitchen island design a chance to shine. The open shelf underneath the countertop took the chance beautifully.

Pros :
– You don’t have to get chairs for a large island.

Cons :
– Cleaning needs to be done regularly when dealing with open shelf.

This large kitchen island style is called a Shaker style. The navy blue color of this kitchen island makes the style of the country get added with a modern twist. The original design of shaker-style island is the built-in sink, a marble top, cupboard storage, shelving in stagging style, and one-sided breakfast bar. It’s a perfect mix of classic and modern.

Navy and grey work really well together in this kitchen. With the elements of light-brown wood, you could enjoy the whole atmosphere stunningly. In addition, this kitchen has so much light from the glass windows, making it so bright during the day.

Pros :
– All the colors are in a perfect portion.
– The kitchen island design is so multifunctional.

Cons :
– That gray color is useless there.

Drawers are pretty uncommon to be attached to the kitchen island. So, it could be a unique design for your large kitchen island. As you can see, this kitchen is full of storage space. So, you won’t need to be worried about cluttering stuff all over. You can keep the kitchen space tidily with this drawers island.

The homely feel of country style in this kitchen gets echoed by the pastel blue kitchen island. The neutral scheme all over the kitchen letting the large kitchen island showcasing its charming drawers.

Pros :
– You can fill up the drawers with everything you need.
– The soft pastel color for the kitchen island is blended beautifully.

Cons :
– This kitchen is lack of color palette.

The perfect place for a large kitchen island is inside an open-plan kitchen. In this spacious kitchen, that immense island looks fantastically useful. It has a glossy white countertop and a dark grey part beneath the top.

This large kitchen island has everything on it. It’s even got a kitchen sink to support your food preparation. Space is also infinite which get the preparation more and more efficient. The dining area is integrated to the island.

Pros :
– It helps you get effective and efficient to your activity.

Cons :
– The wooden legs of the chairs don’t match any elements inside the kitchen.

A large spacious kitchen needs to be filled with a super large kitchen island like this one. This treatment would create a kitchen plan with an expansive countertop. You will be served with a spacious casual eating spot and practical work space for food prep. To emphasize the island design, there’re some leather-upholstered stools beside the island.

Pros :
– The light pendants above the island would provide the light during the night.
– During the day, the natural light seems enough from the glass window.

This large kitchen island plays a colorful character to set an amazing atmosphere to the whole kitchen. The island has two shelves sets under the curved aprons that display some beautiful white dishes that make a silhouette against the blue backdrop. That blue color is a Robin’s-egg Blue. The cherrywood countertop is there to maintain the matching look with the flooring.

Pros :
– Choosing soft blue to be combined with cherry wood is quite interesting.

Cons :
– The elements blue is a lack in the background.

Finally, those are 14 interesting ideas you can apply in your large kitchen if you plan to have a large kitchen island to support your kitchen activities. Among above ideas, there must be some designs that match your personality. 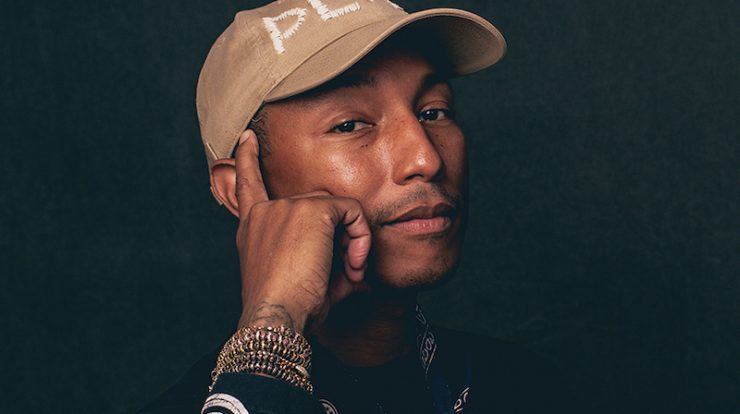 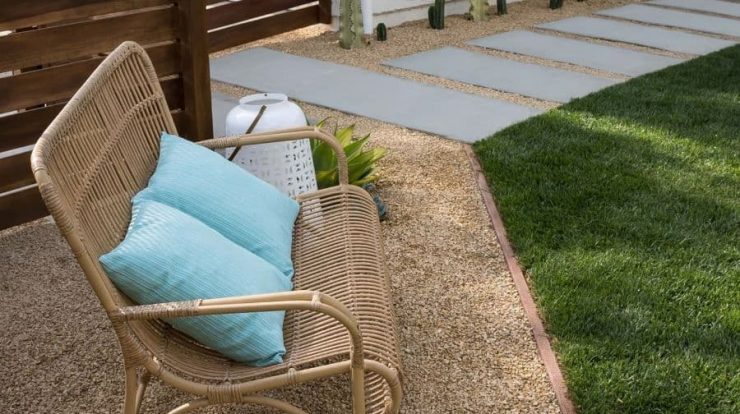 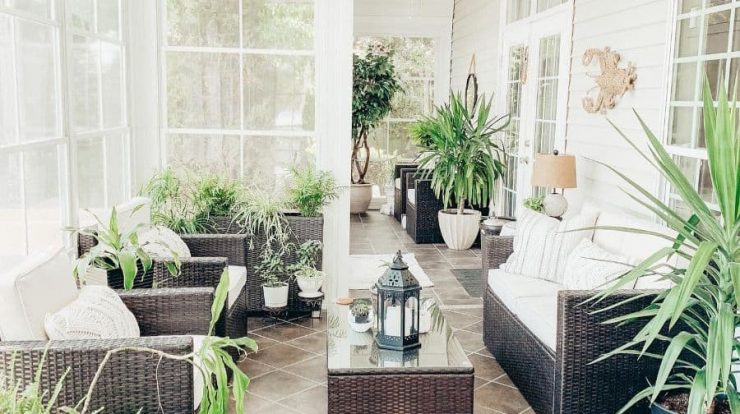 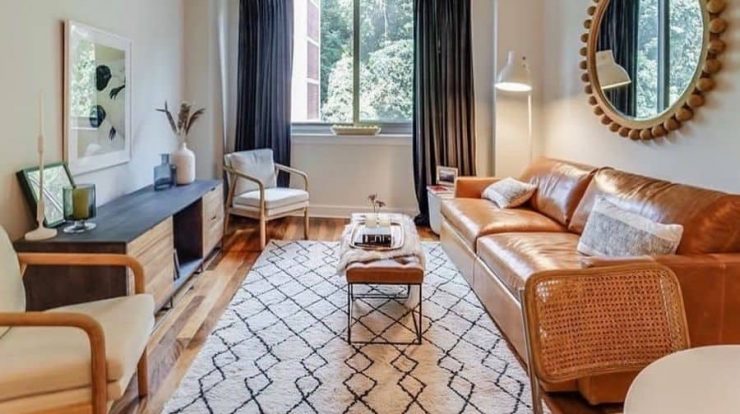 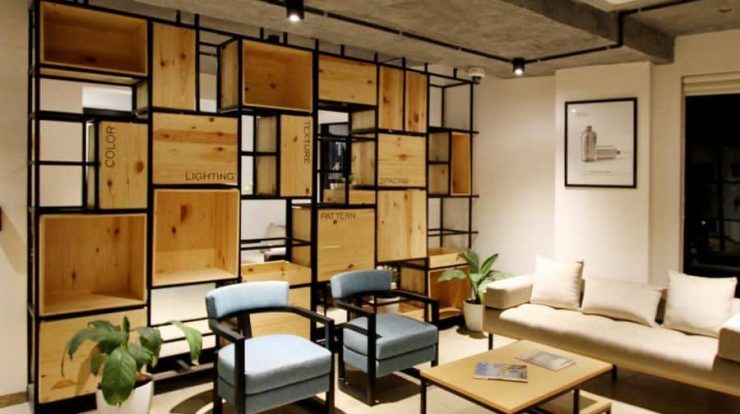